Student-run Multidisciplinary Allied Health Practice Center (SMAHPC) -project addresses the need for better health and rehabilitation services in Kosovo through development of new operating models and competences for multidisciplinary health center. The aim of this project is to establish and functioning a student-run center in Kosovo that provides easy access services for Kosovar people but also new kind of learning environment for students in Kosovo.

This project addresses the great need for qualified health/rehabilitation in Kosovo. The relatively poor level of quality and efficiency of health services in general in Kosovo represents an issue that is insufficiently and inadequately addressed by the current national programs, strategies and macro-policies.

The Institute of Southeast Europe for Health and Social Policy is one of the partners in the implementation process of this project. The ISEE-HSP’s main role in project is focused in the work package number 4: Quality Assurance. 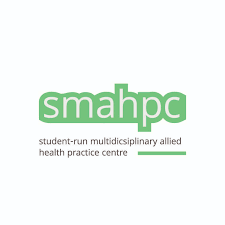 Transcultural Open Badge Platform for Migrant’s Transition Mentoring in Early Life Family Care (TObP) is an EU-project focuses on non-recognition of foreign qualifications and prior learning. Methodologically leaning on participatory action research, the project aims to kill two birds with one stone by to gaining recognition for the migrants’ transcultural competences and improving the existing ELFC services by aligning them better with the needs of the migrants.

The project focuses on non-recognition of foreign qualifications and prior learning as the central migration issue of the new century in all post-industrial societies (UN 2016). It introduces a newly started EU-Strategic Partnership for setting up new standards for skill recognition of migrants in the field of Early Life Family Care (ELFC), using open badges as flexible and visible recognition system and with the aim of creating a new job profile called Transition Mentor.

The project spans over 3 years from September 2018 to August 2021 and will take place in five different European countries: Austria, Finland, Germany, Kosovo and Switzerland. In each country, Higher Education Institutions and Research Organizations are collaborating with a local, small and/or social enterprise, either in the field of ELFC, IT-Technology or Social Welfare and Networking.

‘Cognition precedes recognition’ – With this statement in mind, the project seeks to tackle transition barriers and skill-mismatches faced by the migrants as early as possible in order to foster a more inclusive society and cohesive Europe.

The migrants and refugees in the ELFC sector are in a unique situation, since they are going through two transitions simultaneously: both arriving in their new target country, and entering parenthood. With growing mass migration, the amount of pregnant migrant women arriving in Europe is increasing and with it, their heightened vulnerability is becoming more apparent. In the ELFC-sector in its current state there is, on one hand, a clear skill shortage in the transcultural knowledge and on the other hand, a lot of unused potential – that of the migrants and refugees themselves.

In order to gain access to this unused potential, the project sees a paradigm shift necessary: by using Participatory Action Research (PAR), the project will develop Transcultural Case Studies out of the real (working) life. This is an innovative approach, giving members of marginalized groups, in this case migrants/refugees, an active role and a voice in order to co-create the aimed new competence and job profile called Transition Mentor.

The Institute of Southeast Europe for Health and Social Policy will be contributing to Intellectual outputs 4 & 5 especially in the stakeholder integration and spreading of the results in the region of the Balkans.

Migration and reintegration will remain a critical concern for Kosovo’s decision-makers in the foreseeable future. While the subject of return typically evokes dramatic images, there is, however, a vast and largely overlooked potential for positive impact to the returnees themselves as well as the countries involved.

The Kosovo Mobility Platform (KosMoP), to be established through this project will aim to provide a crucial coordination mechanism as  well as a learning and capacity-building tool for all stakeholders, while also functioning as a think-tank for harnessing the latent migration potential. Through improved migration related management, the KosMoP will facilitate reintegration by harnessing the productive potential of returnees. It is hoped that this may positively impact voluntary returns and even relieve some pressure for irregular migration.

The Institute of Southeast Europe for Health and Social Policy with its significant expertise in networking and knowledge transfer, will implement the bulk of KosMoP’s thematic working group aspects. It will also oversee the bulk of the activities content-wise.

What FES has tried to do together with its partners over the two years through the two congresses and the activities was to try to identify priority problems together in specific areas and to offer from our common perspective, solutions or an adequate approach to solving them. All of these are summarized in the two congressional reports that are already published and can be used.

FES along with its partners, in this case us, the ISEE-HSP, think it is a good momentum to all come together to influence the upcoming election campaign, to dictate to us and the citizens, the topics of the race between politicians, promoting the subjects, to give concrete answers to the problems identified, and to make the citizen seek out politicians for solutions to the concrete problems and not just passive listeners of their unjustified promises.